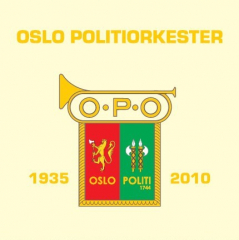 Oslo Police Orchestra was founded in 1935, by Police Chief Kristian Welhaven. At that time, only members were recruited from the police and the justice sector, which has changed over time.

For some years, the orchestra has had to rely on civilians as well, in order to maintain a good crew and musical quality. This allows us to play varied music from popular music to classical works and we are often used for representation as the closing ceremony for the Police College (PHS) in Oslo City Hall, the Nobel Peace Prize, Norwegian Constitution Day and various Christmas concerts.

In addition, throughout the year we have concerts with civil orchestras, both in Oslo and around in Norway, under the musical direction of our talented conductor since 2008, Ståle Abrahamsen.

We have also represented abroad in various contexts and can mention Norwegian Constitutional Day celebration in New York and Hamburg. And not to forget the European police music festival in Prague and our anniversary trip to Tallinn. Last year, an unforgettable trip to Svalbard, with concerts in Longyearbyen and Barentsburg.

The orchestra also has various groups such as octets, brass- and saxophone group and a big band that are used at various events. The orchestra currently has about 50 playing members, but there is room for more, especially on percussion and special instruments.